I’ve been holding back. This blog is supposed to be me being straight forward about how I am dealing. So, here goes.

I’ve been holding onto information, again, for fear that I will be judged, ridiculed, etc. (I don’t know why I fear this as it’s never really something that happens.) I think its just a stigma that’s attached to the title “widow”.

I am an oversharer, but I try to be graceful in what I say. TRY being the key word.

I can’t always be graceful.

I have to say, I am participating in the dating scene, however, I am uninterested in the dating apps. I actually met someone, face to face, and we talked for the entire night. Until about 3am.

I took him home.

Yeah. That’s the kind of shit I’ve been holding back on. Yes, I understand that I am a “single” woman, and have the right to do whatever I damn well please. But…

Taking a guy home like that isn’t my game. I don’t do that kind of thing.

I don’t want to get into too much detail, or get all weird, but there was just something truly honest about the guy. (for fuck’s sake, don’t let me be wrong.)

Only time will tell, truthfully.

This leads me to another thing.

Sure, I have OBVIOUSLY slept with men, since I was widowed. That’s not news. It’s just a fact. I’m no whore, by any means, and if I were, that’d be just fine too. (but I’m definitely not.)

I’ve mentioned before that I am sure when it comes to the point where I am ready to be in a relationship, I would know.

I don’t know if this guy I met is “the guy”. It’s too soon to even think like that. Every person we meet through life, we meet for a reason.

Happenstance? Naw. I don’t really believe in that.

We were both at the same place at the same time, neither of us frequent flyers to that place.

It’s all happening for a reason.

This guy may not be “THE GUY”, but he may very well be one of the ones who has helped make it clear to me that I am ready.

I want to go into so much more detail about everything, but now’s not the time.

I can say, when I woke up the next morning, and he was laying there, we had a conversation, and he told me, as I was taking 3 aleve, that his “heart tries to kill him”. MY heart sank.

I thought, “well fuck. What the fuck did I get myself into?”

I said “Excuse me?” and he repeated himself. I thought maybe, just maybe, I misheard him. He had to get home to take his heart meds.

I pointed to my husband’s shelf, with our wedding photo, his box, and his seattle Seahawks hat, and replied “So did my husband’s”.

I think he damn near fell off the bed. We chatted a little about what happened, and how we weren’t aware of Mitch’s heart, until after he passed.

I like him in a way that I am pretty okay with working a little harder to find time to spend together, even if it’s just to go out for dinner, and talk. I could be wrong about him. I’m prepared for that. Mentally, I am fully prepared to be wrong.

I did get drunk in Nashville, and texted him and asked him if he was a good guy. Yeah. I went there. I’m a little unfiltered at times.

He said he thinks he is.

I wasn’t wanting to find myself in a situation like this, if you can even call it a situation, really. Just a thought.

It’s not. It’s just that I am willing to find time in my schedule, to see a person that isn’t family or a friend I’ve known for a while. Those of you who know me know that’s not how I play. My schedule is ridiculously booked all the time. I have to plan way far in advance, if I want to see people. It has to be scheduled. It’s dumb. I know. But I race, and I work, and I train for races, and I take call shifts at work. It’s a thing. It’s a whole big crazy thing.

But I love it. I love what I do. I love the busy life. I love taking Meg to different states and her having people she knows in every state we go to.

I’m very tired, and there is so much more I want to say, so hold on. It’s probably going to get bouncy.

I saw a post yesterday and I just had to take it. It makes me think of how most men react to me. They act like I am fragile.

Guys hear widow, and think they’re going to really hurt me if they don’t want to see me again.

If all you want is a hook-up, be up front and honest about it. I’ll survive.

If you actually want something from me, say so.

I deleted my dating apps.

I want to try with him. 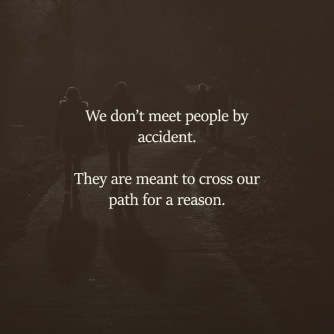